Cooking Shows on Netflix That I Crave! 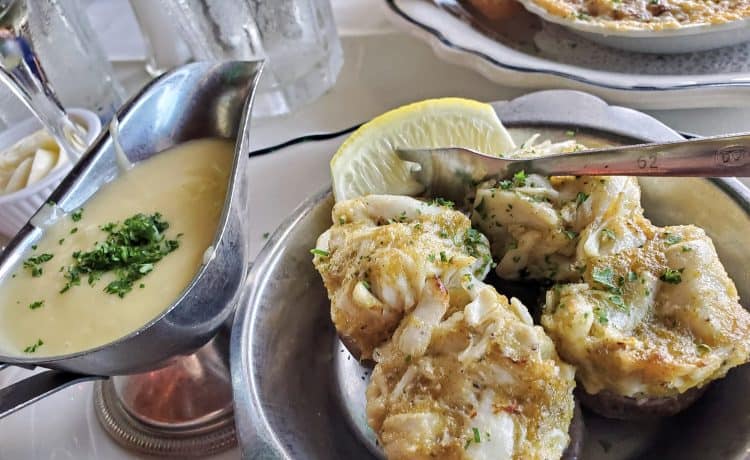 I love watching cooking shows, and Netflix has many to choose from. Not only do I like to watch cooking shows but if it’s about a chef at a particular restaurant, I want to go for a visit. I enjoy doing that, so I can experience their cuisine myself. On my last trip to Savannah when I visited The Grey restaurant for dinner and The Grey Market for breakfast the next morning. I will be sharing those two places in my post coming soon (subscribe below at the end of this post to my blog so you don’t miss it)!

Why I Recommend Watching These Shows

I have been watching several shows lately because I really enjoy learning about the history behind the chef; I love behind the scenes stories! My top ten shows are actually episodes: six of them are on the Chef’s Table, one is on the Chef’s Table France, another is on Ugly Delicious, and a new show I just started to watch is called Salt Fat Acid Heat.

I love many of these cooking shows on Netflix, but a few stood out to me and caught my attention; here is the list in no specific order.

Mashama Bailey, a partner with Johno Morisano, who owns and operates The Grey and The Grey Market in Savannah, GA (post will be coming soon). I was lucky enough to go eat at both restaurants this past month, more to come on The Grey and my experience in eating their cuisine!

Corrado Assenza, from Sicily, where my ancestors are from. It was interesting to learn how, in the summer, people in Sicily have gelato instead of hot cappuccino because the weather is so hot. He makes fresh gelato, almond granitas, and cannolis!

Christina Tosi, originally from the Midwest. Christina uses many ingredients that can be found in a cereal box. Got Milk? Got Cereal? Then you found one of Christina’s key ingredients. She is true to her roots in her down to earth dessert recipes. She owns the Milk Bar in NYC, and she just opened her latest in Los Angeles, California. Milk Bar has locations in five cities (some have multiple stores): New York, Boston, Toronto with Flagship Stores in Washington D.C., Los Angeles. You can go to eat her twisted desserts, learn how to make them in her creative classes, or have her cater an event with a food truck she’ll bring to the event.

Jordi Rocca, one of four brothers, he is, well…I will let you watch and tell me what you think of him. He is the odd man out, but so creative! Jordi works his magic with pastry and desserts that not everyone can do. He found his talent by accident, trying to fit into his family’s high-end restaurant!

Nancy Silverton, it’s all in the dough! Nancy has been around for years. I loved hearing about her background and how her kids grew up living above the restaurant she and her former husband Mark Peel owned. She is a well-known baker and restaurant owner, famous for making sourdough bread what it is today. She was one of the originators of La Brea Bakery, which can now be found in many local grocery stores.

Massimo Bottura, a chef who helped save the cheesemakers of Italy when the earthquake hit De Mirandola in 2012. There were over 160,000 aged wheels of Reggiano Parmesan that fell over, and if they were not sold quickly, many cheesemakers would go out of business; most would have lost their jobs. The way Massimo Bottura helped them was with a recipe that he encouraged many to make all over the world. It is called Risotto Cacio E. Pepe. He believes his method was used to create social justice.

Dominique Crenn, owns and is head chef at her restaurant named after her father Atelier Crenn located in San Francisco. She was adopted; she says she was a tomboy growing up and had no thoughts of going in the kitchen to learn how to cook!

Alexandre Couillon, a chef from a small Island in France, who took a chance to open a restaurant on this hard to get to Island called Noirmoutier.

Pizza… do I need to say more! Dave Chang takes the viewer to one of his favorite Pizza shops in Brooklyn, Mark Lacona’s Lucali’s. Dave and Mark take the viewer to a few places like one in New Haven established in 1925 called Frank Pepe Pizza Napoletana, where they show how white clam pizza is made. Next, they go to a place where the chef prepares a sushi pizza! What??? Watch this to see some great places to get great pizza!

I just started watching this show. Samin Nosrat is the creator of this show and is the one exploring the origin of different foods. She starts off with Fat and why the Italians use fat in many of their delicious foods. But in the first part, Samin is visiting an Olive Oil farm where viewers get to watch how the olives are harvested. The trees on this olive grove are 200 – 250 years old. She learns how to make Foccacia bread and pesto from different Italians.

I love watching this show, and even though she speaks Italian most of the time, I love hearing the language because it reminds me of when I was growing up. Also, it was great to watch the olive oil segment; my grandfather came to America when he was 11 years old and sold olive oil door to door! Warning, they do a section on butchering a hog; it’s not bloody, though. Viewers learn what each part is and where the prosciutto and the bacon, as well as the other parts, come from.

These are a few of my favorite cooking shows on Netflix at this time. As I continue to watch the shows, I will share more of my favorites!

What are some of your favorite cooking shows on Netflix or another channel that you enjoy? 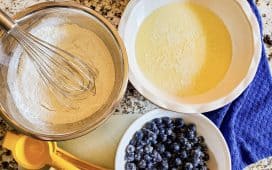 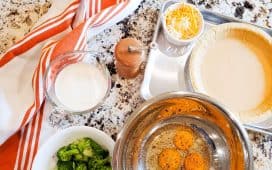 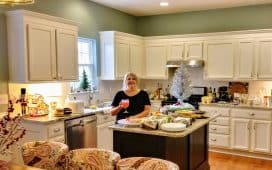 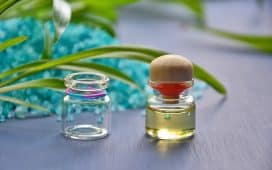 What Are The Benefits of Essential Oils 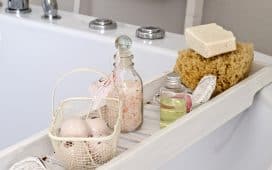 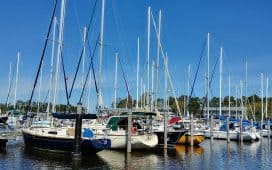