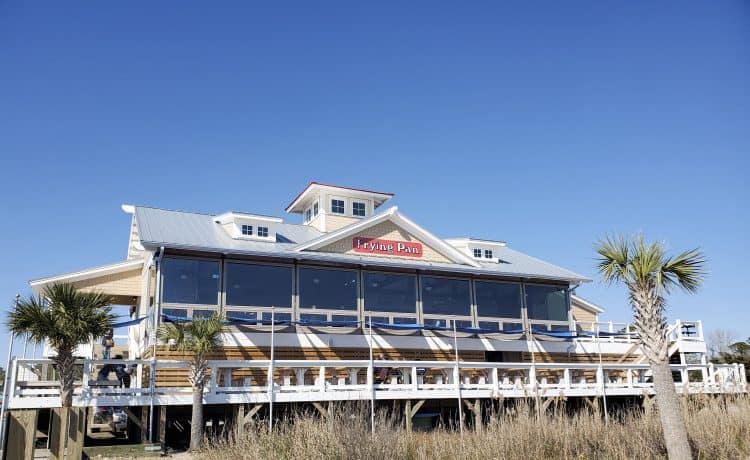 This past March brought my husband and me to one of the cutest towns on the East Coast, Southport, North Carolina. This was our first visit to this historic town that many movies and TV shows have been filmed in; I can see why!  I will get into that on another blog post, but for now, I want to talk about a place we ended up eating twice in two days: The Frying Pan Seafood Restaurant. Their sister company is called American Fish Company which is one of the best places to watch the sunset while having your favorite cocktails or beverages and listening to music.

The first day that we got to Southport, we took a tour with our guide Steve who owns Surf Tours.  It was a great tour.  Steve showed us many places, both the historical side and homes and sites that are featured in movies or television shows, like “Safe Haven” or “Under the Dome.”  Steve also pointed out many places to eat, one of them being the Frying Pan.  So after our tour, we decided to eat there for a light lunch.

The Frying Pan Seafood Restaurant is one of the staples of this quaint town. It is located on the Cape Fear River and the intercoastal waterway, which is situated in the Old Yacht Basin.  Whether you like their locally caught fish and seafood- fried, grilled, or blackened- you can always find it fresh here.  They have both indoor and outdoor seating and plenty of it.

The first day we dined there, it was a bit cool out, so we chose to sit inside.  On the menu, there were a few specials, one of them being their lobster bites, so that was what we ordered.  When the waitress came to our table, she brought their complimentary hushpuppies.  We had a big breakfast, so we just ordered one dish each.

Because of the damage to the coast from Hurricane Florence in 2018, many of the restaurants were remodeled, including the Frying Pan.  So although many of these eating establishments have been around for years, they look brand new.

The next day we went to Oak Island for part of the day, and then we returned to Southport and chose to eat again at the Frying Pan.  One reason is that we were able to sit out by the water and enjoy the peaceful air before we headed back home.

This meal we enjoyed shrimp cocktail, lobster bites, coconut shrimp, and hushpuppies; they were delicious.  It was so refreshing to eat shrimp and watch the shrimp boats with fishermen who caught them sail by as we sat on the patio.

Looking Forward to Our Return Visit

We are looking forward to returning to Southport and going back to the Frying Pan Seafood Restaurant and trying new dishes, including their homemade sweet potato biscuits!

This is a place you should definitely put on your ‘places to go’ when you visit Southport, North Carolina.

Let me know if you have ever been to the Frying Pan Seafood Restaurant or Southport, North Carolina! 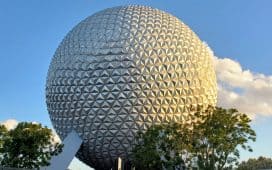