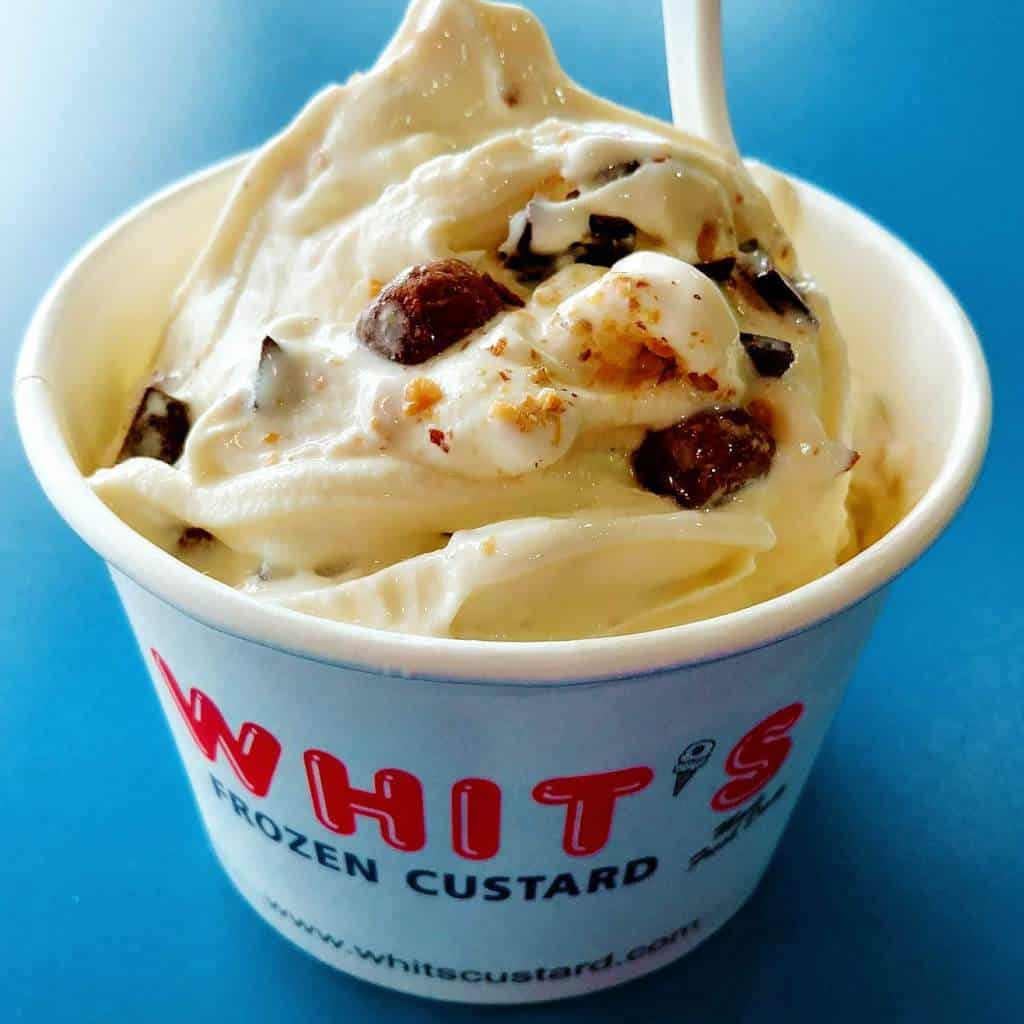 I am not sure where my love for ice cream started, but I think it was because it was one of our favorite things to do when we were growing up, especially in the summer. My dad would take my siblings and me to the drive up ice cream stand in Milton, NY on 9W and the Milton Turnpike; sometimes we would also go to the other one in Middletown near Marlborough on 9W!

Ice Cream and Custard In A Cup

Places to Get Ice Cream

My uncles loved taking us kids to get ice cream at our local gas station and mini-market called Palmeters. We would all load into their convertible and drive down the street, no seatbelts, just excitement for ice cream! *The photo below is a photo of a gas station we saw when driving out to Lake Lure, North Carolina; it reminds me of Palmeters which was down the road where I grew up and where we would go for ice cream, eggs, milk, and gas.

I remember when we moved to Florida; there was an ice cream truck that would come to our neighborhood, and all the neighborhood kids would hear that bell and run out and get their favorites! I liked one of the pops with chocolate sprinkles on it. I can’t remember the name of it, but it was always so good!

According to an Old Farmers Almanac article on Ice Cream, ice cream always had a messy history. Many claimed to be the one who invented ice cream, starting from the Roman Emperor Nero to George Washington, who had a ‘cream machine for ice,’ which he mentioned in his ledger. You can read more about the history in the Almanac. But no matter who invented it, we need to praise them because, as far as I’m concerned, it is one of the best inventions ever!

Back on September 9, 1843, in Philadelphia, a woman named, Nancy M. Johnson, patented her ‘ice cream freezer.’ It consisted of a tub with a lid that holds a cylinder, dasher, and a crank, which is the way many still make their ice cream today. A few years ago, I purchased a Cuisinart ice cream maker for my son’s birthday present; it’s much easier to use and different from what we had used before to make ice cream.

Now, to the story of who created the ice cream cone. Most places note that in 1896 the Italian, Italo Marchiony, made the first cone in New York and got it patented in 1903. However, according to the International Dairy Foods Association, (IDAF), others claim that in St. Louis at the 1904 World’s Fair, Ernest A. Hamwi, a Syrian concessionaire, was making a crispy pastry called Zalabis; his stand was right next to an ice cream vendor. When the vendor ran out of bowls to serve the ice cream in, Hamwi rolled up one of his pastries and created an ice cream cone for the ice cream owner, so they decided to start selling ice cream served in a cone! You can read more about this at IDAF.

In 1851 the first ice cream factory began in Seven Valleys, PA by Jacob Fussell, a Baltimore dairyman. He had large amounts of cream, so he opened the first commercial ice cream factory and was known for shipping the ice cream to Baltimore by train. In the 1930s ice cream became extremely popular to soldiers, and that is why the Armed Forces became one of the largest producers of ice cream.

Another interesting fact, and one of my mother’s favorites that became one of our family’s faves, is an ice cream soda or root beer float! They became outlawed to serve on Sundays. I am not sure why, but because of that, those in Buffalo, NY; Evanston, IL; Two River, WI; and Ithaca, NY, all claim to be the first to come up with and serve the Ice Cream Sundae. So the Ice Cream Sundae was a way to get around that law. Get the play on words, Sundae – Sunday?

Above and below are some of my favorite places and flavors of ice cream!

Some of these photos with ice cream, I have talked about in my earlier post. I will attach the links under each photo so that you can go back and learn about these places and where to find them.

I love milkshakes with burgers and occasionally french fries! In the hot summer months, my husband and son will take a ride and pick up a milkshake at Cook Out or Chick fil- a. On our trip to Florida, we discovered Culvers and they have some great milkshakes freshly made on-site!

Don’t forget to tell me what kind of ice cream you like and where your favorite ice cream can be scooped up! Be sure to subscribe to my weekly newsletter to get my latest post!