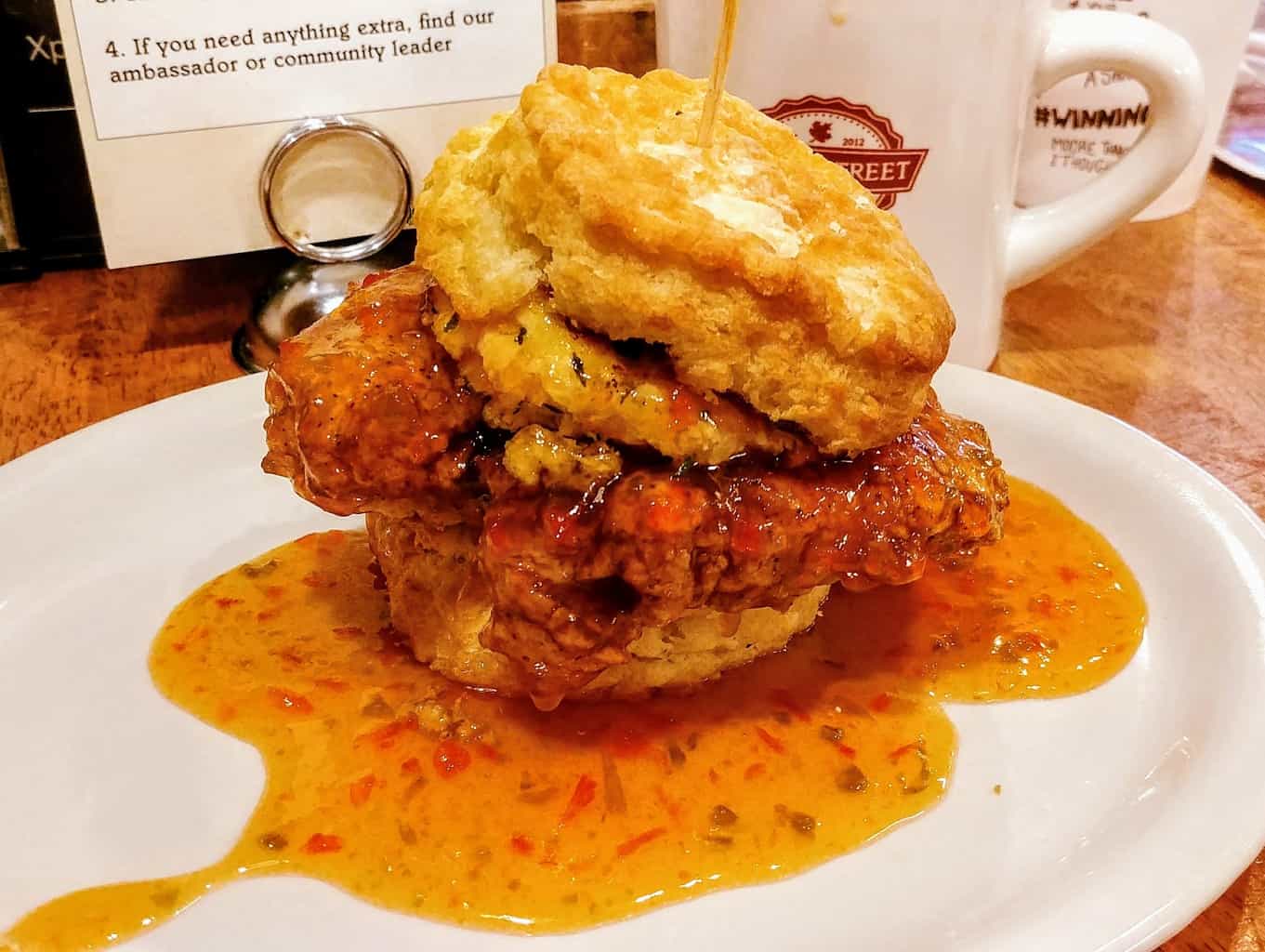 Maple Street Biscuit Company which was featured on Guilty Pleasures on The Food Network with Amanda Freitag is a place you want to put on your map. Amanda went to one of their Jacksonville locations. My nephew took my son and me to the San Marco location in Jacksonville, Florida.

Amanda chose the same dish as I had, which was the Squawking Goat. This consist of their flaky biscuit, their exclusive seasoned all-natural fried chicken breast, fried goat cheese medallion drenched in their house-made pepper jelly! Yum!

My son had the Bam Vanilla Waffle that was stuffed with pecan wood smoked bacon and asiago cheese. They top it with honey butter and real maple syrup from Bissell Family Farms. I asked my son if I could have a taste so I would know if I liked it for next time, he was kind enough to give me a bite, and it was tasty!

My nephew had the Oatmeal Bowl with strawberries and the Risky Biscuit which is their flaky biscuit covered in their sausage gravy and their shitake mushroom gravy with an over-easy egg to top it off all with an extra kick!

We also ordered the Iced Cinnamon Biscuits for us all to share so that we can at least sample them, they were very good.

Maple Street Biscuit Co. was started in Jacksonville, Florida by Scott Moore and Gus Evans, on November 8, 2012. Since then they have opened many locations in seven states, Alabama, Florida, Georgia, Tennessee, North Carolina, South Carolina, and Texas. See their locations here!

They roast their own coffee with the finest beans that come from Arabica and Central and South America. Weekly they roast the coffee beans at their coffee roastery in Jacksonville, Florida, then bag them up and deliver it to all their locations. They have a Dark Bark, Maple Tap, Light Amber and a Decalfeniated Coffee.  See more about their coffee here.

They also have a separate catering menu. Check it out here.

Check to see if there is a location near you.  Click Here