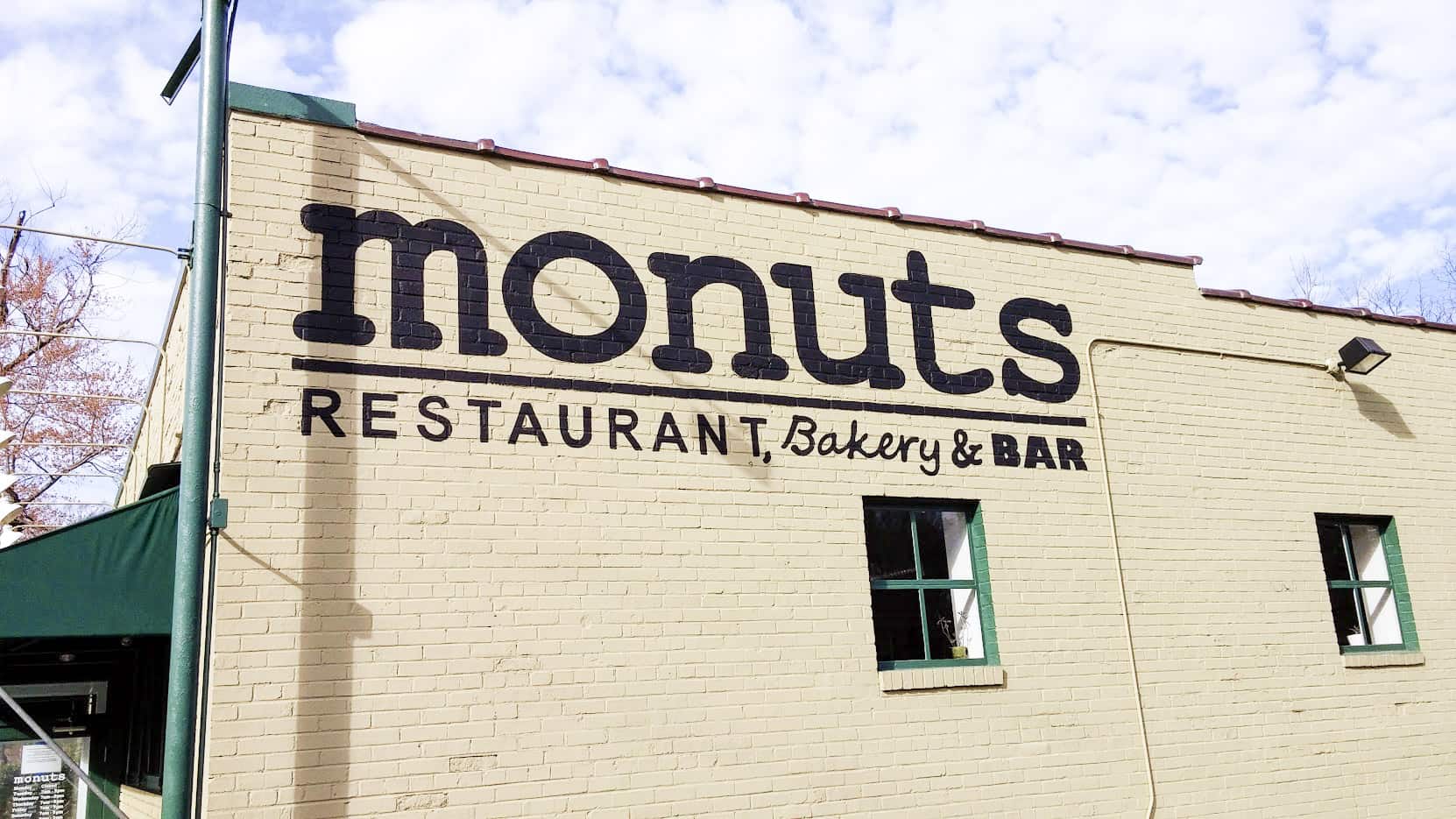 If you can’t make the dough, then start selling donuts! Lindsay Moriarty, nickname “Mo,” thus the name Monuts, the name of her restaurant, knows this first hand.  Lindsay graduated from UNC-Chapel Hill with a Master’s Degree. Unfortunately, she was not successful in landing a job in her field. So she thought, “I have to decide: I can either work at the mall and make minimum wage, or I can reinvent myself.” Lindsay grew up with a father who was a chef in South Florida, and he advised Lindsay – “Whatever you do, don’t go make a career in the food industry.” She knew it would be long hours and that many of those long hours would be on her feet. However, with much thought and research, Lindsay decided to begin making donuts at home and see how they would sell at her local Durham, NC Farmers Market. She believed there was a ‘HOLE’ in the local donut market: there were no independent donut stores here; the only donut establishments in the Triangle area are franchises.

Time to Go to the Market

In order to take them to the market, Lindsay’s husband, Rob Gillespie, decided to make a box with a window, some shelves, a door, and attach it to the back of Lindsays’ vintage tricycle. Very early on Saturday mornings, when most of us were sleeping, Lindsay started baking donuts in her kitchen; she became very creative with her ingredients and toppings. She would load up the box with her donuts on her tricycle and ride down to the Farmers Market; people loved them. She would sell out quickly, and her business took off. The donuts were selling faster than she could make them!

Time for a Brick-and-Motar Business

One day, someone approached Lindsay and proposed to her a chance to have a brick-and-mortar donut and bagel business.  She discussed it with her husband and took the opportunity with the business investors. She and her husband had their first donut and bagel shop on Parrish Street downtown Durham and then decided to expand their space, their menu, and to move to Ninth Street in Durham.  Since 2015 they have occupied the old building that was the home to Magnolia Grill for 25 years. Magnolia Grill was famous for its Southern cuisine, and its chocolate cake was talked about for years on the Food Network Channel. It was also known as one of the best restaurants in the country until it closed in 2012.  The building stood empty until Monuts moved to its new home.

Today, Monuts is thriving and has become a place where many locals and those visiting the area come to often.  It can get very busy, especially during the school year and when school starts up again: the line is out the door. The restaurant serves donuts, bagels, soups, sandwiches, great coffee, drinks, and more! If you prefer bagels over donuts, try Monuts; theirs are made and taste just like you would find at an authentic bagel shop in NYC. And another great thing about Monuts is almost all of their products are locally sourced.

The food is absolutely delicious, so be sure to stop by for breakfast or lunch; don’t forget to get a dozen donuts or bagels to go.

If you are lucky enough to catch Lindsay tell her hello; she is very friendly and loves to say hello to their customers.   Let me know if you have ever been here!