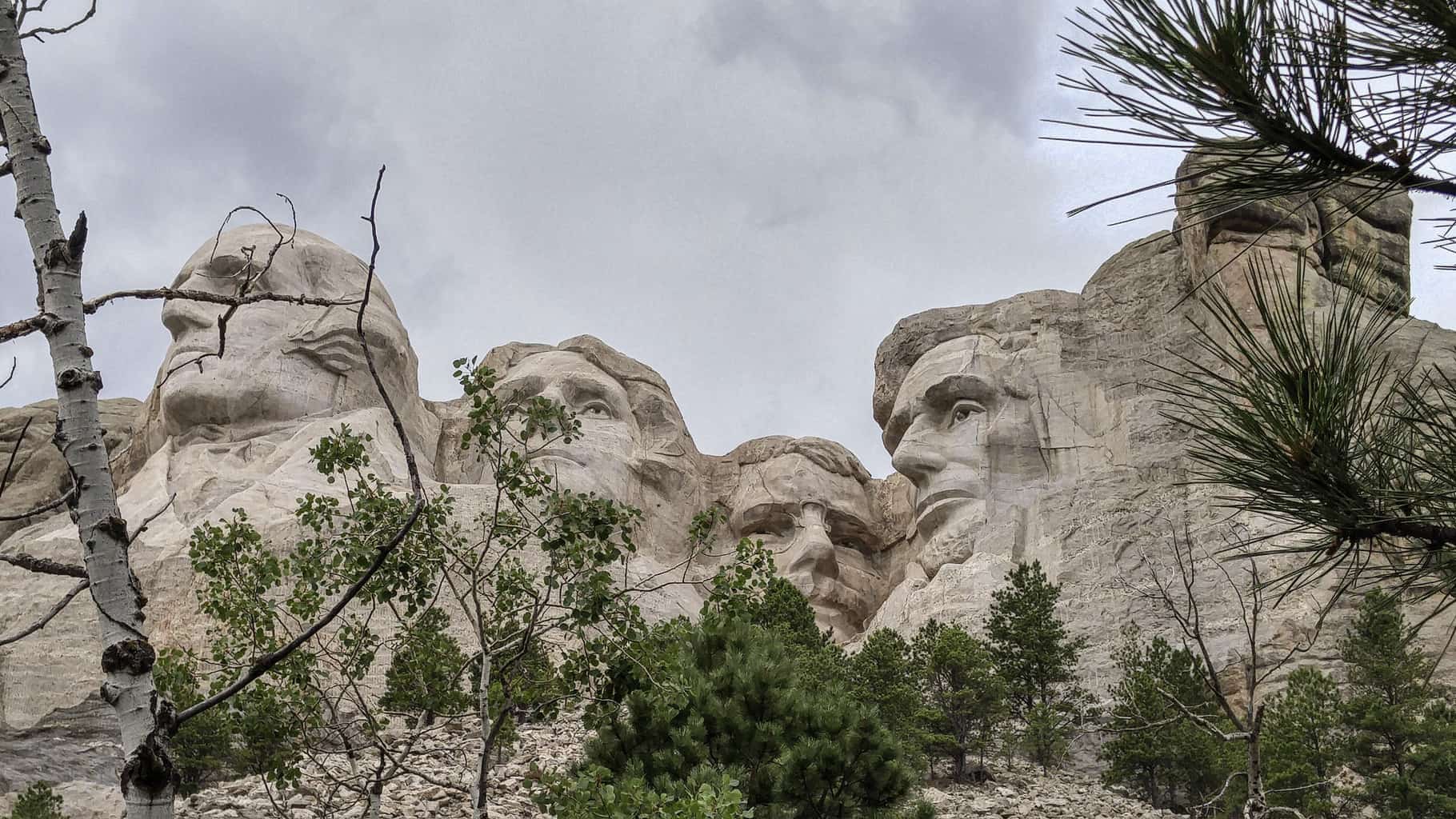 My family and I love going to National Parks here in the USA.  If you read my last post, you see we went to Wall Drug Store in Wall, South Dakota, and then headed west.  If you missed it, you can click here to see that post. But before you go back, let me tell you about our visit to Mount Rushmore and Crazy Horse.

Unfortunately, we didn’t have the best weather this part of our trip, but hopefully, you can get an idea from the photos below.

When we visit most of the significant landmarks, we love to walk up together as a family and to see the view together, as we did when we arrived at the Grand Canyon.  There is something special laying your eyes on a historic site when you share it at the same time with your loved ones.

Avenue of the Flags

I loved seeing the 56 flags on either side of the walkway as we approached the area where we could take a great photo.  The flags represent the 50 states, three territories, one district, and two commonwealths of the United States of America.  The name of the states, the districts, the territories, and the commonwealths are on each pillar at the foot of each flag, which is in alphabetical order.  The name, Avenue of the Flags, was suggested by a visitor and established in 1976, our bicentennial year.

What to Do at Mount Rushmore

Visitors to Mount Rushmore can do lots of things. There is the Presidential walk, which is 0.6 miles and 422 steps that you can do, weather permitting, if you wish to get closer to the Mountain.  My husband and children did this walk, but I went to see some of the other exhibits to learn about the history behind Mount Rushmore.

You can visit the Sculptor’s Studio, which I did, to listen to a ranger talk for 15 minutes.  Here is where you can learn about the history of the artist, Gutzon Borglum, the carving process, and the lives of those who worked on the carving of the Mountain.

For those who want to get their children involved in appreciating the outdoors, especially our parks, there is a junior ranger program starting from ages 3 and up.  They do break it up into age brackets.

You can also shop at the gift shop or grab a bite to eat at Carvers Cafe or get one of my favorites, ice cream, at the Ice Cream Parlor.

How Mount Rushmore Was Named

I read a letter that explains how Mount Rushmore got its name back in 1884-1885.  It was named after a young lawyer, Charles E. Rushmore from New York City when he visited there to represent his clients.  His clients had heard that tin was found in the Black Hills in 1884, so he traveled from NYC to South Dakota to secure options on the Etta Mine and other cassiterite locations where the tin was discovered.  To learn more of how it was named, read here.

Who Was the Artist and When Did the Work Begin

Gutzon Borglum was interested in art from an early age, and he studied in the USA and Paris.  His work was known in the artist circles and to those who loved art. He was asked to work on the Stone Mountain sculptor in 1915, but he didn’t start sculpting it until 1924. After some disagreements with those who hired him, Borglum left Georgia and returned to South Dakota in 1925.

Gutzon was asked by Doane Robinson, the State Historian of South Dakota, to work on Mount Rushmore because of his work on Stone Mountain in Georgia. He began working on Mount Rushmore in 1927. Borglum remained devoted to the project until his death in Chicago following surgery on March 6, 1941; he was just days away from his 74th birthday.  After his death, his son Lincoln finished the project that his dad started.

After my family and I left Mount Rushmore, we had a short window of time to visit Crazy Horse before sundown when it closes, plus a big storm was coming in; we had a long drive ahead of us to the hotel.  I will continue our trip out west next week, so stay connected.

Have you been to Mount Rushmore?