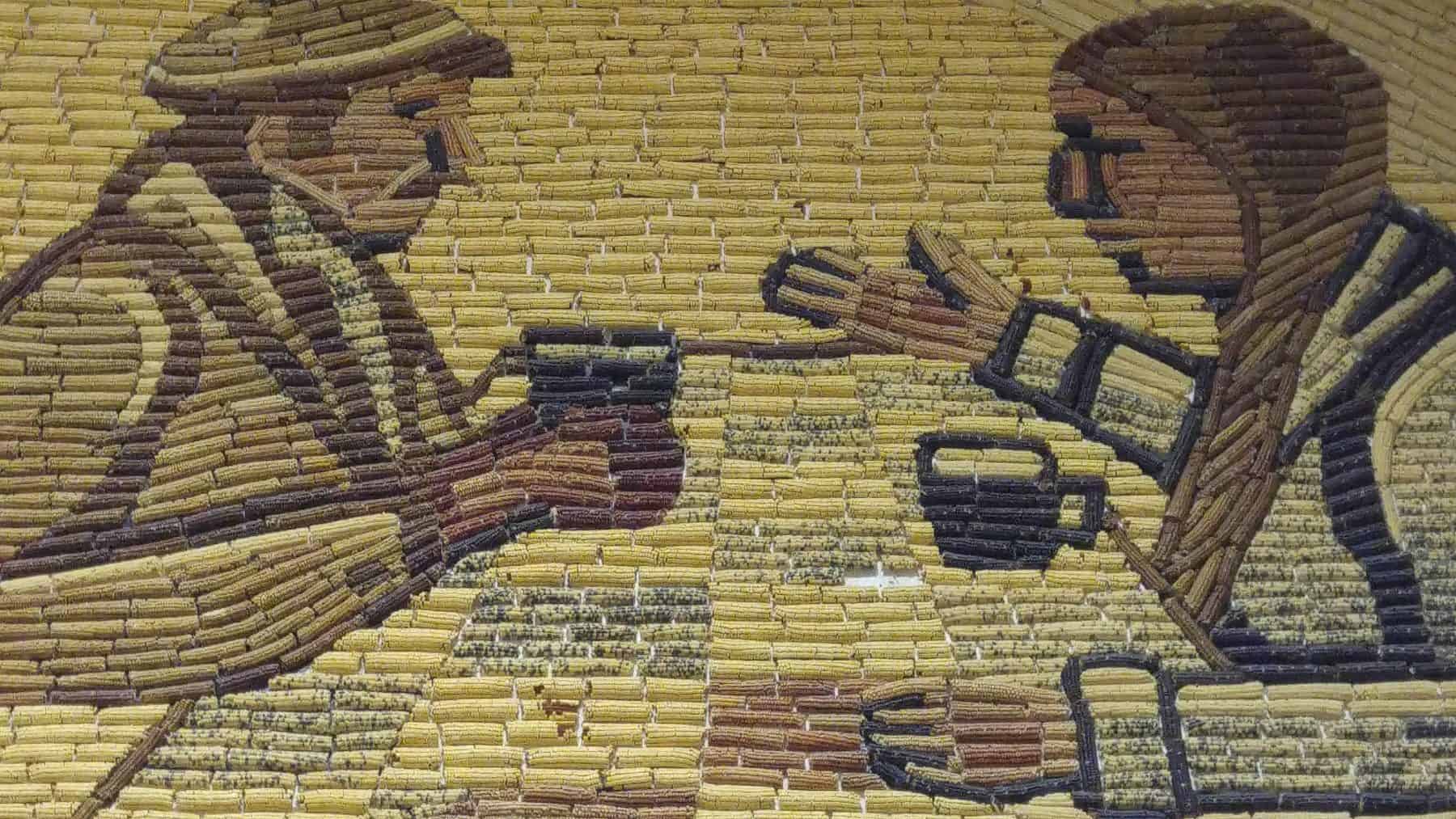 A Family Vacation Out West

When our daughter was graduating High School, my husband said he wanted to go on a family vacation as he had as a child. His parents had borrowed his grandparents RV, and they headed west from Iowa to Utah!

So I headed to our AAA and attained lots of information including maps to try to replicate their trip. First stop was going to visit his family in Iowa then off to the Corn Palace in South Dakota. What the Corn Palace!? Yes, my husband said it’s the only one in the world, and that is where his family started their vacation out west, also.

I am a massive lover of corn! I would eat it on the cob whenever I could; I’d even eat it for breakfast back in the day! When we lived in Iowa, they would have a corn festival in August in Adel. This year they will hold the 40th Annual Sweet Corn Festival, in Adel, Iowa on August 10, 2019. The schedule looks like this: Shucking of the Corn is the night before on August 9th at 5 pm, Saturday, August 10th the festivities start with the 5K Run at 8:00 am, Parade at 9:30 am, Free Corn at 11:00 am!

One year I was 8 ½ months pregnant, and we went to this festival in Adel. They had semi trucks, yes huge long trucks filled with fresh corn on the cob on a conveyor belt and it would come off the truck and there was a team of people who shucked the corn the night before the festival began. The following day the corn would be thrown into huge pots of boiling water then into vast pots of melted butter and then given to people like me. As pregnant as I was, I sat down on the sidewalk edge and ate a few of hot buttered corn. So fresh and delicious! Iowa is known of for its corn, and I understand why because I experienced what the best corn taste like!

So when my husband said we would visit the Corn P, I guess I was thinking, the ‘White Castle’ of Corn. Well, I didn’t eat corn when I visited the Corn Palace, but I sure saw a lot of it!

Every year they decorate the outside of the building in new corn cobs with a different theme. It’s pretty incredible of the work that goes into it! They start taking off the corn late August after their yearly festival, and it’s redecorated in murals with a new theme by the beginning of October.
Ear by ear the corn is nailed to the Corn Palace to reflect the new theme.
They use real corn cobs in shades of multiple colors, 13 to be exact: yellow, green, white, orange, calico, yellow, black, blue, red and brown, with a few variations.

The theme that was featured in 2016 when we visited was the ‘Rock of Ages.’ The murals are both inside and outside. Pretty impressive!

The first and only Worlds Corn Palace was built in 1892 as a place for the town to gather for events and to celebrate with a festival in late August to show the world that South Dakota had a healthy agricultural climate. They built a bigger one in 1905 and then because it still wasn’t big enough they made the present one into the one that still stands now. It was completed in 1921, they continue to update the building and add some other features to keep current.

They have a tour and short film explaining the history of the palace, which is very interesting and I recommend you do so you can learn more.

Over 500,000 visitors come to the Corn Palace every year to see performances and attend sporting events that are or to see the history and the art of the Palace itself. Some of those who have performed or had events here were Elvis, President Obama, and other Presidents and performers. And of course, we were there too!

If you are in the area or making a trip to the Black Mountains or Mt. Rushmore area, I’d add the Corn Palace on your agenda for a new set of adventure and history.

I will be posting more about our vacation out west which will include Yellowstone National Park, the Black Hills, Wall Drugs, Grand Tetons, Jackson Hole, to name a few. And other things to do near Mount Rushmore National Memorial such as Crazy Horse Memorial.

Please comment and let me know if you ever went to the Corn Palace or plan on going sometime soon!

To learn more how we planned our trip and discounts through AAA and other places, check out our post on BEST AMERICAN ROAD TRIP ROUTES.

Don’t forget to subscribe below to get our Weekly Newsletter and participate in our always changing contest.