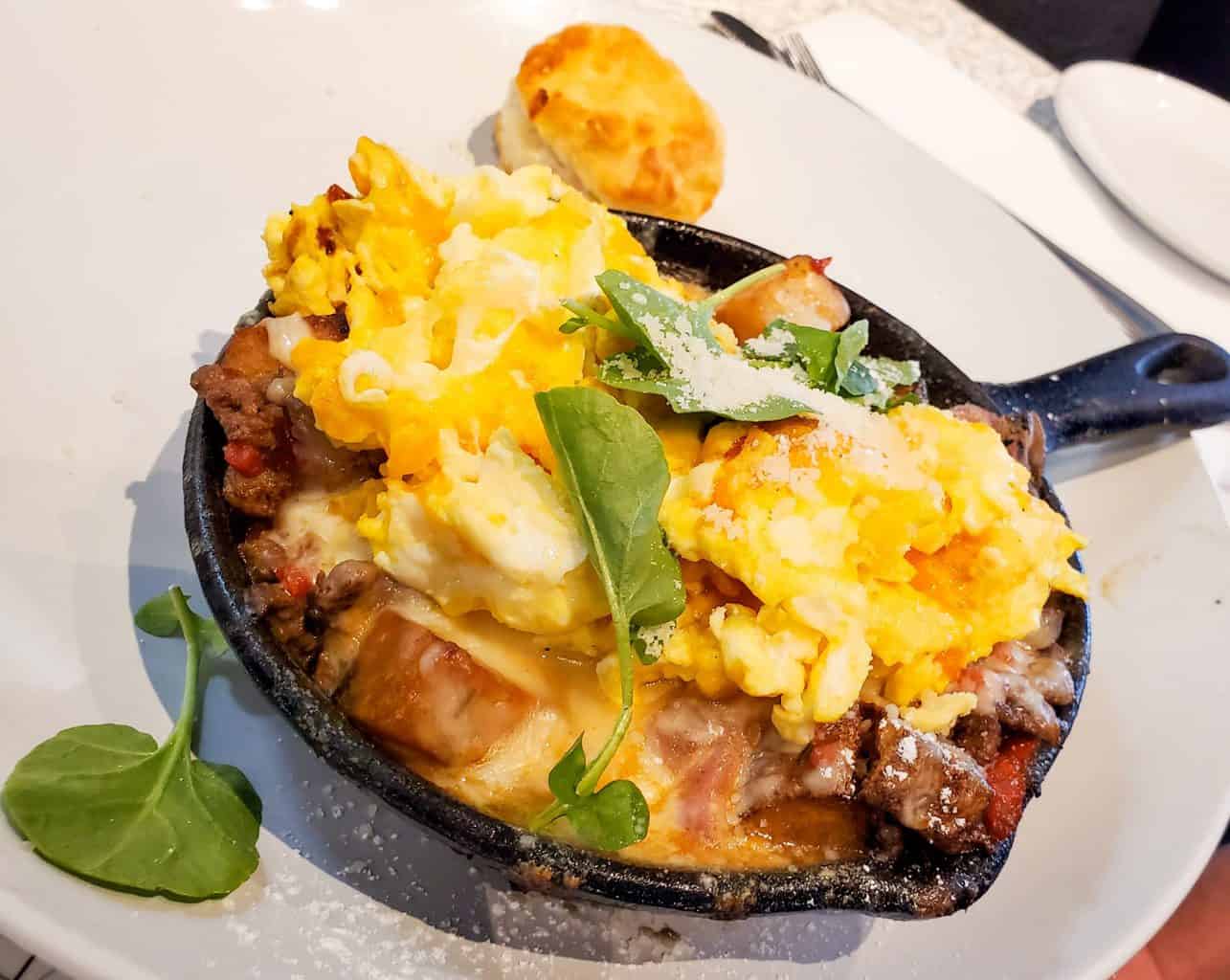 I love trying new places when they open! True Flavors Diner has been open since 2014. The first time I went was in December 2018 because it came to my attention when Carla Hall from the TV cooking Show ‘The Chew’ came to visit North Carolina. She was coming through Durham while on tour for her new book, Carla Hall’s Soul Food, she stopped in to eat at the Diner, then posted about it on Instagram. After I saw her post, it was on my radar.

So over the Christmas break, instead of traveling as my family and I have done in the past, we decided to have a staycation this holiday, going to places that we have always wanted to go to; True Flavors Diner was on the list.

Executive Chef/Founder Sidney Coves of True Flavors Diner went to Johnson & Wales University in Norfolk, VA and started in Durham with his catering company. He then decided to open an unconventional diner near RTP in Southern Durham. Lucky for me, the Diner is located not too far from my home.

True Flavors Diner recently opened a second location that is in the Lakewood neighborhood in Durham, NC, where Scratch Baking previously occupied this historic building. Scratch was owned by founder and James Beard-nominated Chef Phoebe Lawless, and you can still find Scratch baking delicious goods at the Durham Farmers Market downtown.

What We Ate On Our First Visit

On our first visit, we had a few dishes that were to die for!

My husband had the Bourbon Bacon Meatloaf doused with Bourbon BBQ Gravy, sprinkled with bacon, and served with mashed potatoes and green beans.

I had the Fish and Grits. Oh my goodness… off the charts on flavor! I’ve never been a catfish fan, yet this was over the top on my delicious meter.  They take catfish and put it in their seasoned flour, fry it crispy and serve it over four cheese grits and a side of two eggs. You have to try this dish!

Sidney Coves opened his third location of the True Flavors family called Debbie Lou’s, named after his daughter and late mother, who share the same name.

They serve biscuit sandwiches that look amazing, like grilled lobster on a garlic chipotle cheese biscuit, as well as his unique homemade jams and more. Debbie Lou’s is located next to True Flavors Diner at Lakewood.

What We Ate On Our Second Visit

On our second visit to the Hwy 55 location this past November, we took my cousin who was visiting from New York.  As usual, I took him around the Triangle, and for the most part, we ate three meals a day! There are so many great places to eat in the Durham, Raleigh, Chapel Hill area, so it is hard not to eat so much. Since this is not my usual way of eating, I had to fast for a week!

We visited the Hwy 55 location of True Flavors to get a taste of Southern food with a twist, and of course, he loved what he ordered!

The staff brings you complimentary biscuits, one per person to start, but if you want more, there is an additional cost. Their homemade jam accompanies their biscuits.  We have had blackberry as well as the apricot, and well…I wanted more! Yes, it’s all delicious, to say the least.

My cousin had the Ultimate Biscuits and Gravy with a side of eggs, topped with sausage, tomatoes, and peppers…Yum!

My husband ordered the Ham and Bacon Omelet with pickled onions, cheddar cheese, and tomatoes served with their skillet potatoes.

I ordered the True Flavors Chicken and Waffles, but I asked to hold the chicken, served with bacon, and two eggs. I could not eat all of that, but I hear the chicken is delicious. Their portions are plentiful, and if you cannot finish your meal, you can take the rest with you. Perfect for leftovers too!

Seating is limited, which means there is more of an intimate setting at their Hwy 55 location. They do have seats at the counter where they cook; next time, I want to sit there so that I can hopefully find out some of the secrets behind their delightful dishes.

The Lakewood location is open for breakfast, lunch, and dinner. I love breakfast all day long, and that is what they serve with a twist, along with the usual diner favorites, milkshakes, and cocktails. The Lakewood Diner location, however, has more seating and a rooftop open in the summer.

Both locations do not take reservations, first come first served. Check out their locations, new hours, and menus with new dishes. Here.

Let me know if you have been to True Flavors Diner in Durham. If not, visit them, then let me know what you think.