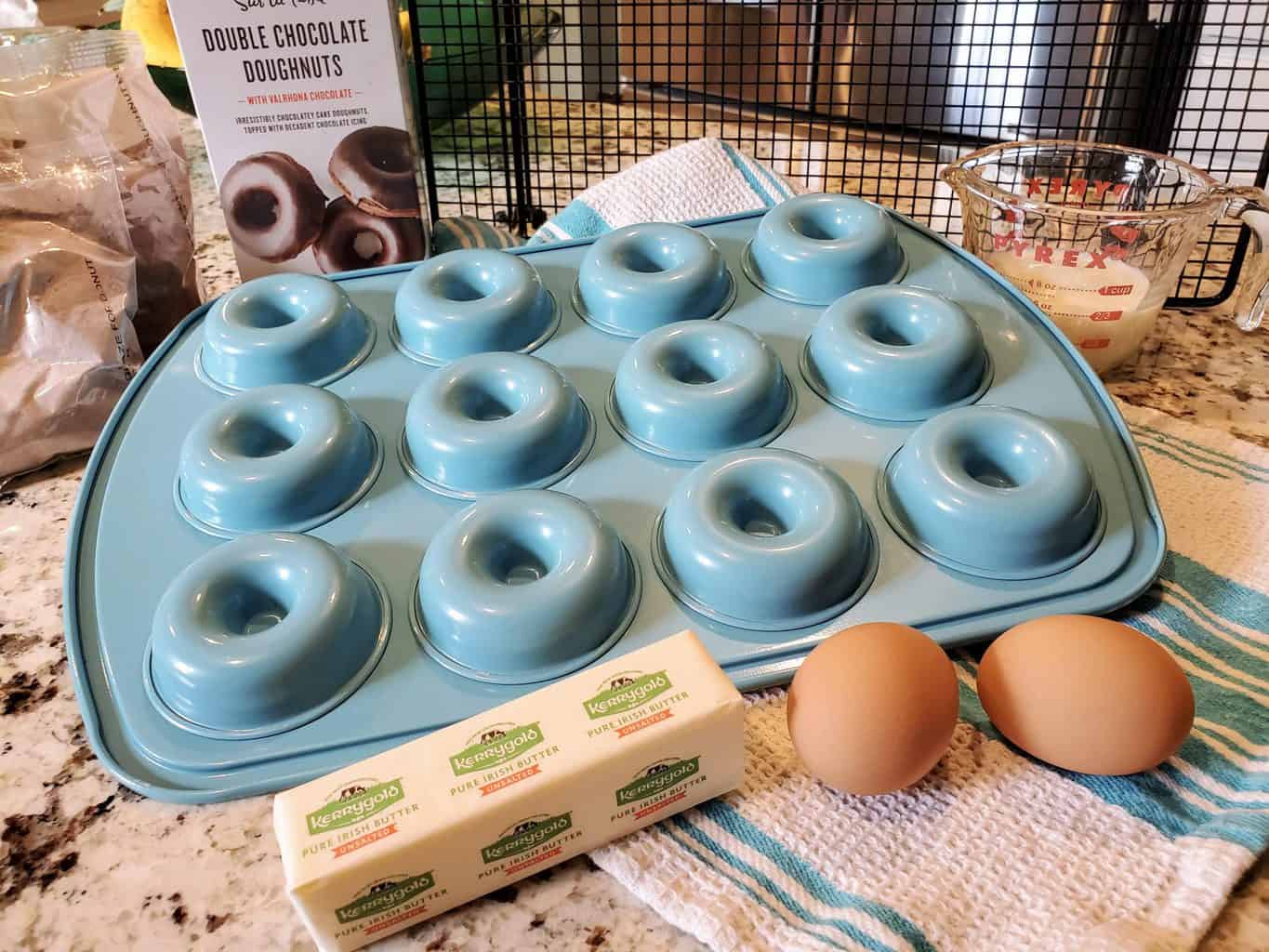 Whether you are a Rolling Stones Fan or not, you probably have heard this line from one of their famous songs, “You can’t always get what you want, but if you try sometime you find you get what you need.”  This is how I feel when I have a craving for foods that I can’t get immediately, yet I have eaten them before somewhere in the world!

I am not sure about you, but there are times I will reminisce about the trips that my family and I have taken.  A majority of the time, I think of the food we have had… that coffee, fish, chicken, oh that taco! ice cream, the doughnut that was sooo good!!!  So when those thoughts come, I go on a quest to try to replicate the recipe by putting my scientist hat on.

Well, I kept thinking about this doughnut I had when we were at Universal City Walk in Orlando.  We stopped in the Voodoo Doughnut shop, and I had a Mexican Hot Chocolate Cake Doughnut! We don’t have a Voodoo Doughnut location near me, so I thought… I am going to make my own. I had purchased a doughnut pan from Pampered Chef; it was pretty, and it was for mini doughnuts. This was a good way to start. Check out our visit to Universal City Walk here.

Be Sure to Use Your Gift Cards

I have been doing my best, and really doing quite well, about not eating sweet things. I have been especially diligent about not letting them enter my home so that I’m not easily tempted.  But during the holiday season, I usually get a few gift cards, and one of them I got last year was one from Sur La Table. I went to the store, and as I was looking around, there on the shelf… they actually jumped out at me… were doughnut mixes! The Double Chocolate Donut Mix can be both purchased on Amazon Sur La Table or directly from Sur la Table website!

The gentleman who was helping me said, “Here is a double chocolate doughnut mix,” and he handed it to me.  I felt like Spiderman when he couldn’t let go of something because his spider-like web fingers wouldn’t release the item that was in his hand!  So be it, I am going to get that craving for Voodoo Mexican Chocolate doughnuts out of my mind by making them, and eating one, well maybe two!

So when I got home, the first thing I did was call my neighbor. I asked if I could stop by and drop off some doughnuts.  She said, “My husband is trying to give up sweets, yet he always wants something chocolate, sure bring some by!” That’s a routine I often use if I have a crazy desire to bake something. I bake it, eat some, then give the rest away. This way, I don’t eat it all myself.  Share the love is my motto!

Spicy or Not Here They Come

So here is what I did to replicate a Voodoo Mexican Hot Chocolate doughnut!  However, I did step it up a notch. The box comes with the doughnut mix and glaze ingredients.  I just needed to add the milk, butter, and eggs in the batter, and add milk for the chocolate glaze.   Neither my husband nor my neighbor likes spicy things, but my son and I love a little kick in most of our foods; so I made two separate bowls for the cinnamon-sugar mixture. One was just cinnamon and sugar, and in the other, I added ground cayenne pepper.

I also made two separate bowls with the glaze.  In one, I added only the milk. The second bowl was for the spicy one. I took one tablespoon of vanilla extract and did two shakes of cayenne pepper.  Stirred that up and added it to the glaze mix. Then I added a tablespoon of milk in the glaze mixture.

After I made the doughnuts following the directions on the box, I let them cool for 5 minutes.  *Note: depending on your oven, check them after 8-9 minutes so they will be a little moist and not dry out.

I encourage you to make some doughnuts if you are a doughnut fan! Get yourself a glass of milk or iced coffee, which is my desired beverage with doughnuts, and enjoy your own version of your favorite donut!

So what have you been craving lately?  And while I’m asking, do you have a favorite doughnut?